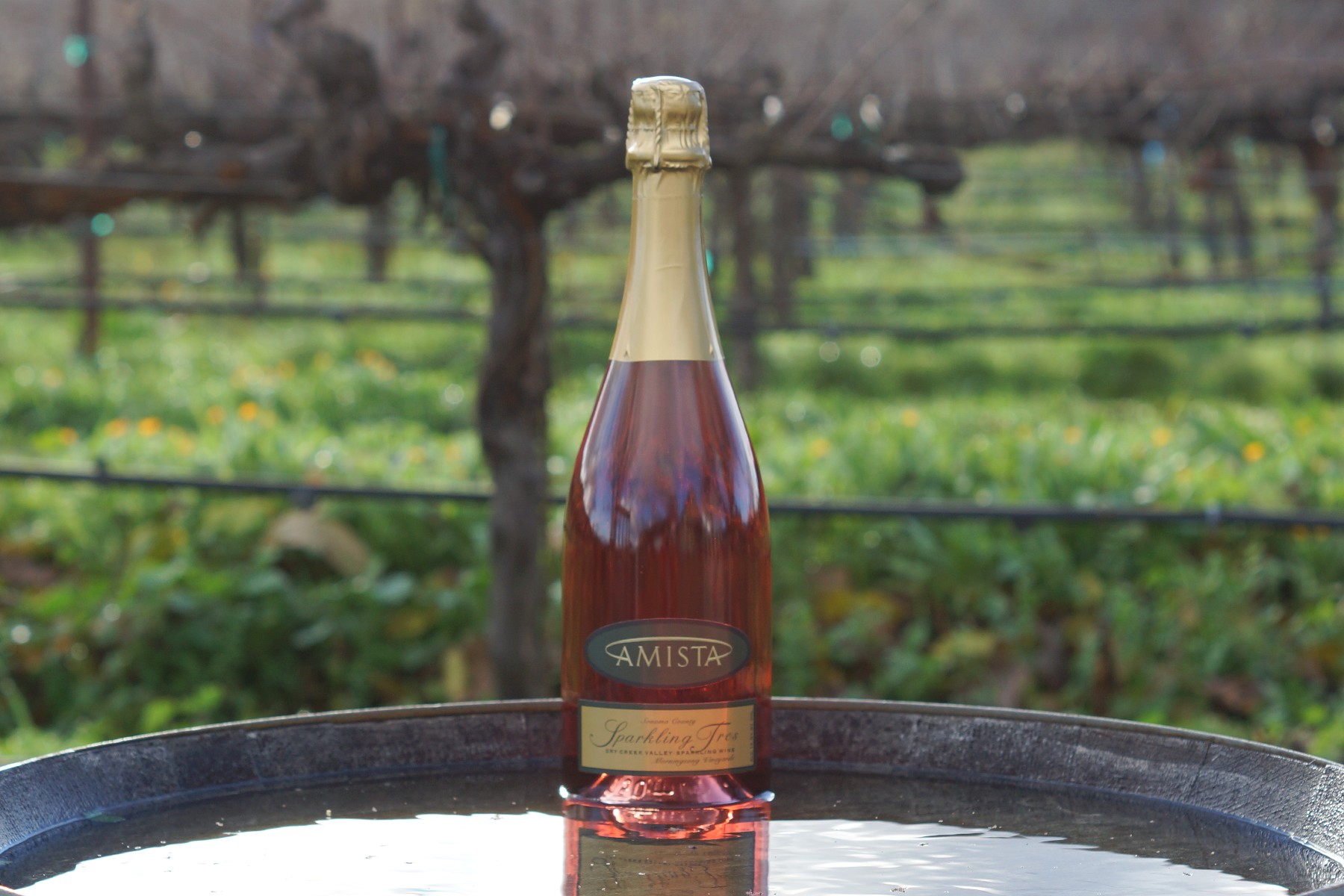 What I’ve learned about it and what makes it special…

We made our first sparkling wine in 2008 and it’s been an amazing process of discovering how sparkling wine is made and how the process differs from making our reds, whites, and rosés. I always loved drinking sparkling wine, at least once I realized it could be dry and interesting and delicate. But I didn’t know how it got to be that way until we started making it ourselves. Today we make six estate grown sparkling wines!

Méthode Champenoise or Méthode Traditionnelle is the process used to make French Champagne, as well as many other sparkling wines around the world. There are several methods for making sparkling wine and the method thought to produce the best sparkling wines is the traditional method.

What is Secondary Fermentation in the Bottle?

After the initial fermentation, the sparkling wine is bottled with an additional mixture of sugar and yeast, called the liqueur de tirage. The sugar acts on the yeast producing carbon dioxide gas that is trapped in the bottle, thanks to a crown cap (like a bottle of beer). Quality sparkling wines are left on the yeast, or lees, for several months, sometimes years.

Does the Yeast Stay in the Bottle?

No, and this is another distinctive feature of the Méthode Champenoise. The reaction of the sugar and yeast produces carbon dioxide and dead yeast cells. The residual yeast cells are removed by a process called disgorgement.

I know, it isn’t exactly the most appealing word for such a beautiful wine. It sounds much better in the original French – dégorger. In disgorgement the dead yeast cells are propelled from the bottle when the crown cap is removed.

Prior to removal of the crown cap, the bottles are riddled, a process where the bottles are turned on their heads and slowly shifted each day until all the dead yeast cells are in the neck of the bottle. Then the neck is frozen creating an icy plug of the residual cells. When the crown cap is removed, the plug is forced from the bottle by the pressure of the carbon dioxide in the wine. It’s quite an ingenious process. 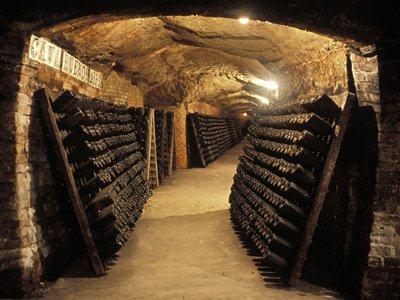 Riddling Racks in a Cave 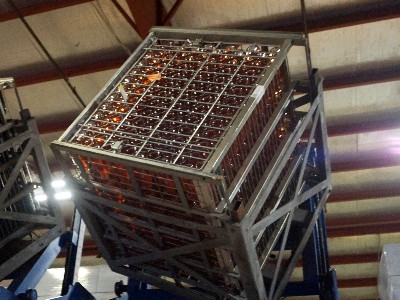 The process can be done by hand by experienced “riddlers” with the bottles resting with the tops down in riddling racks. It’s more common today to accomplish riddling in huge cages that gently shake the wines on a daily schedule. Disgorgement can also be done by hand but is much faster and safer to do by machine. It’s fascinating to watch - providing you have on a pair of safety glasses and are standing behind the safety glass!

Why is Méthode Champenoise Preferred?

Fermenting the wines in their own bottle is what produces the fine bubbles that are coveted in the best Champagnes and sparkling wines. There are other methods of producing sparkling wines that are faster and less expensive, but do not produce the delicate bubbles and more complex flavors of a fine sparkling wine.

Want to treat yourself to our bubbles? Come Taste with Us! In addition to our collection of estate grown sparkling wines we also have a wonderful lineup of Rhône reds.